Attorney General Andy Beshear launched a campaign against sexual assaults on campus March 22 when he announced his video campaign Voices of Justice at Ekstrom Library.

“Not here, not in the Commonwealth, not anymore,” Beshear said of sexual assault. 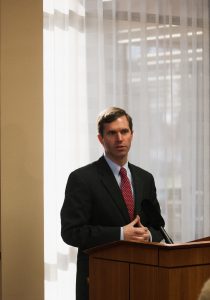 “Today we are here to raise awareness of sexual assault on campus, where one-fifth of women and one-sixteenth of men are victims of campus-related sexual assault,” Beshear said. “This is my community and we are going to do everything to make this community and state safer.”

The video contest, a collaboration between Beshear and the Kentucky Association of Sexual Assault Programs, is part of the four key pillars Beshear has pushed since being elected. The video campaign seeks to push for more awareness, help prevent inactive bystanders and increase the reporting, investigation and prosecution of campus-related sexual assault victims. 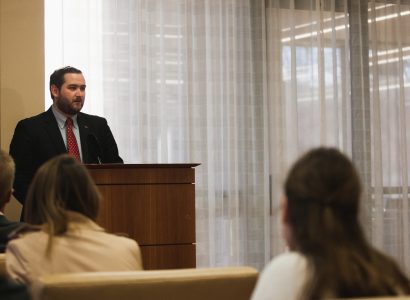 “Sexual assault is not something taken lightly,” SGA President Aaron Vance said. “The community has worked hard building partnerships between SGA, the Greek councils and PEACC.”

“We have received a lot of insight from our newest class where about 15 percent of the incoming students have experienced sexual assault before even stepping on campus,” PEACC Director Sally Evans said. 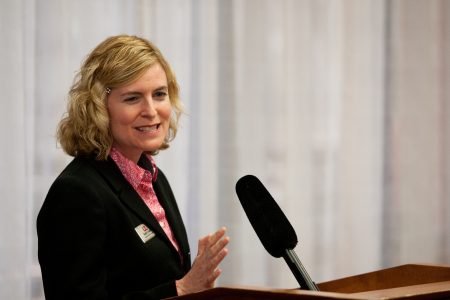 Evans said the incoming class indicated in surveys they felt their school was concerned about sexual assault. “The majority of students get it. They know this issue is important.”

“This is your chance to increase safety on this campus, campuses around the state and perhaps around the nation,” Beshear said. “You come here to expand your future – you deserve to be safe.”