At 7 p.m. on the dot there was a line for SAB’s “Night in Vegas,” held in the Student Activities Center’s Multi Purpose Room on Nov. 3.

Before the estimated 200 students filled the room, the hired poker dealers advised U of L students how gambling is done in Vegas.

“No, when you call your number, you have to yell six or eight!” said one of the craps dealers. “Like this—SIX!”

A woman in a vest moved a wooden stick around the green felt board.

“Oh no, it’s EIGHT!” she yelled back at the other dealer. 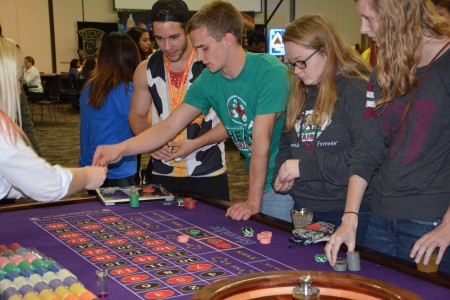 There were 17 tables including games like roulette, Texas hold’em, black jack, Let It Slide and craps, as well as two slot machines. Smiling cocktail waitresses served appetizers and danced to the professional DJ.

Aerialists took center stage the majority of the evening, matching the rest of the “Vegas” staff in minimalistic, yet dazzling, black and white corsets. Along with mocktails and hor d’oeuvres, boxes of Insomnia cookies and every flavor of popcorn (cheesy cheddar to cookie dough) were also served.

Students were allowed to enter a raffle after collecting so many poker chips (1000 credits for five tickets), and submitted them for prizes like a UBL Flip 3 speaker, RCA 8 Apollo tablet, Keurig 2.0, Fitbit Flex, Beats by Dre earbuds and a Roku 3.

Although, when some students lucked out, it wasn’t the end of their night. They could redeem themselves and earn more “cash” by doing the Chicken Dance in front of the student body. 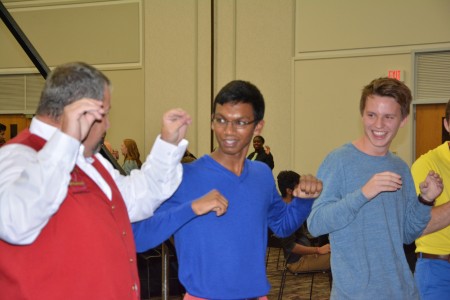 Graduate assistant Tomika Smith oversees three student life committees here on campus, and said her goal since her arrival in May is “to make sure that SAB is hosting events every month… to really emphasize them to do newer things.”

U of L student and chair of the Campus Life committee, Drew Shever said the event took around six weeks to plan.

Shever has big plans for U of L and SAB, hoping to potentially pitch the idea of a “casino night” alongside RaiseRed or another U of L affiliated charity event.

“Casino nights have been beneficial to charities in the past. They work well together. I haven’t talked to anyone (RaiseRed’s board) yet, so for now it’s just an idea. But I think the collaboration would do well at a place like U of L,” said Shever. 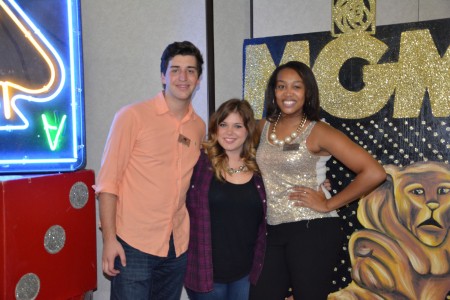 Until then, look forward to SAB collaborating with Omega Psi Phi in mid-November in honor of Diversity Week. For more information on their “Open Miq” night, you can check out their Facebook page at www.facebook.com/uoflsab/.

Students: What you need to know about voting in the 2020 election

Students come to grips with campus life during a pandemic