Red Bull hosted a collegiate gaming competition at the University of Louisville Nov. 13 as part of the Red Bull Clash Course, which pits top collegiate gamers around the country for an opportunity to compete for a spot in the national final held at Red Bull’s e-sports studio in Los Angeles.

Ten three-member teams played the game Destiny on either Playstation 4 or Xbox 1 consoles and competed against each other for the fastest times in Strike Missions.

The fireteam of Garrett Emetic, William Harmon and Mitchell Rice finished with the fastest time, clinching a spot in the region to be in the running to be one of the top eight teams that will win an all-expenses paid trip to Los Angeles for the Red Bull Clash Course Finals.

Zanzabar, a local bar a few blocks away from campus, hosted the tournament and had 50 or more people to support the Red Bull event.

“I couldn’t have dreamed of a better turnout for U of L’s Red Bull Clash Course. A total of ten teams, including a phenomenal venue along with not only a DJ, but an Emcee as well definitely exceeded our expectations,” Red Bull Student Brand Manager Mel Brummette said. “We have had tremendous support and help from our Cardinal e-Sports Club here at U of L and could not be more thankful.”

Red Bull provided gamers with three Playstation 4s and three Xbox 1s and placed screens around the bar for gamers and viewers to watch the unfolding competition.

The team with the self-proclaimed name Vengeance made up of Emetic, Harmon and Rice will now compete in a regional tournament for an opportunity to head west to Red Bull’s e-sports studio to play in the national final. 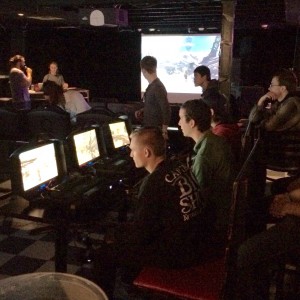 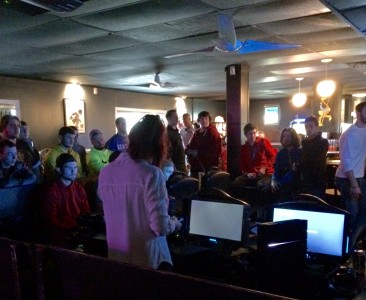