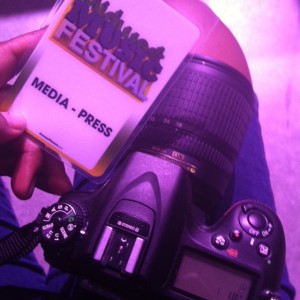 By Makayla Moore — I got the opportunity to attend the hottest two day R&B event known to man! Were you there? The first ever Midwest Music Festival took place on Friday, June 6th and Saturday, June 7th at the KFC Yum! Center, taking every R&B fan back in time. With Grammy award winning, power-packed artists in the building, every chair was filled and tickets for the two-day lineup sold faster than the annual two-minute Derby race.

Energy occupied the area from the beginning of the concert until the end. On Friday night, I had the pleasure of seeing Chaka Khan, Ginuwine, Charlie Wilson, and Lyfe Jennings. On Saturday night, I sang along as Toni Braxton, Kenny “Babyface’ Edmonds, Anthony Hamilton, Keke Wyatt, and Avant performed. The crowd stood on their feet all night long and as I glanced around, I could see hips swaying back and forth. There’s nothing better than good music and I know most of you would agree. Popular songs like “Tell Me Something Good”, “Pony”, and “Hurt You” filled the arena. It was a night I will never forget.

With thanks given to the Festival Group, LLC, the festival was sponsored and produced to bring Louisville spin-off activities and multiple days of musical entertainment that will shed light on the city. Here lately, Louisville has been the new up and coming city for attractions and concerts. Many artists have made their way to our old Kentucky Home to experience our amazing KFC Yum! Center.

Though many genres are welcomed, the Midwest Music Festival will focus primarily on Neo-soul and R&B. This captivating event was created in order to compete against highly known similar events in the U.S. such as the Macy’s Music Festival (formerly known as the Cincinnati Jazz Festival) in Cincinnati, OH and the Essence Music Festival in New Orleans, LA. With this being said the first ever Midwest Music Festival sought out to gain national and international acclaim, and guess what? People are talking. The festival was a hit according to fans within the city and for surrounding fans that traveled to be a part of both memorable nights.

I’m looking forward to next year’s festival and I’m already wondering who will be performing next. Is there any way we would get Jill Scott or India Arie to come? I just might have to contact the Festival Group, LLC myself.