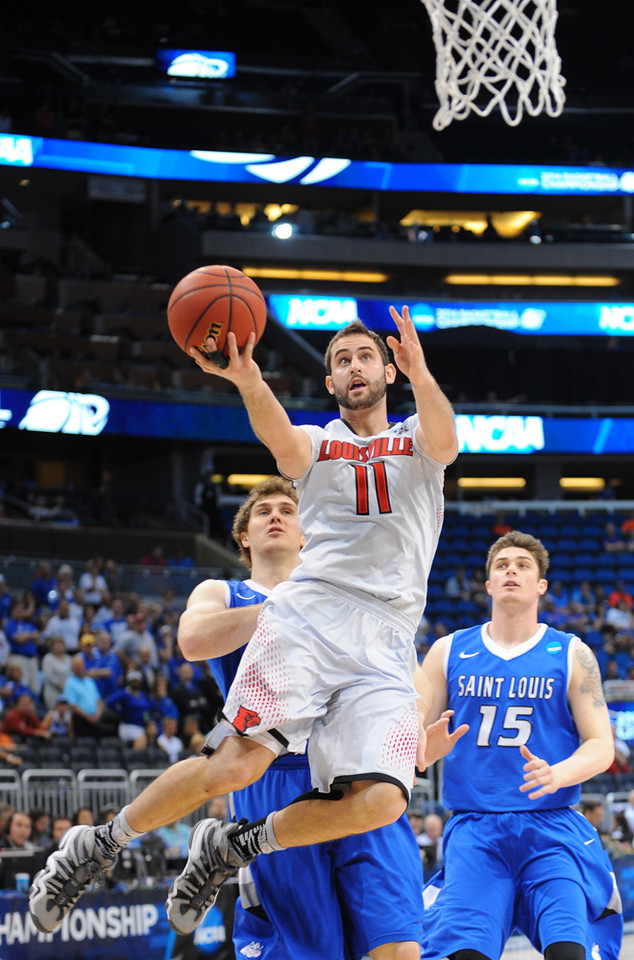 The University of Louisville basketball team defeated St. Louis University 66-51 Saturday afternoon, in a game that was anything but perfect, to advance to its third-consecutive Sweet 16. Both teams struggled to get started on offense until Louisville found its rhythm in the waning minutes of the second half.

“We said we had to be the prettiest team in an ugly game,” said Louisville Head Coach Rick Pitino. “We just wanted to grind out a W, we grinded it out, and that’s what the NCAA tournament is all about.”

Luke Hancock had a leading performance for the Cardinals, the senior forward scored Louisville’s first eight points, and led all scorers with 21 points on the day.

Defense played a huge part in Louisville’s victory, especially its effort to stop Saint Louis from scoring the three-point shot. The Billikens were 0-15 from outside the arc and shot just 39.6% from the field.

“I think our defense got better at communicating,” Smith said. “Everything just went up a notch, Saint Louis is a great team, but we did a good job of locking it in the last fifteen minutes.”

Smith had 11 points and three rebounds on the day, but struggled offensively in the first half. His only field goal of the half came with just 45 seconds left before the break.

Offensive struggles continued for the Cards in the beginning of the second half, Louisville didn’t make a field goal until six minutes into the half. The Billikens tied it up with 14:33 left in the game, and the teams traded baskets for the following minutes, until Louisville started to pull away with 10 minutes remaining.

A three-pointer from Hancock put the Cards up six with 10:51 left, and it was all Louisville from there. Smith, Chris Jones and Montrezl Harrell all had shots down the stretch to secure the Cards’ lead.

Louisville advances to the Sweet 16 in Indianapolis  to play the University of Kentucky Friday at 9:45 p.m..  Cardinal fans will doubtless be heading north on Interstate 65 for the game . SStay tuned as the Cardinal brings you unparalelled coverage of the NCAA Tournament from a student’s perspective.