Former President James Ramsey is not a favorite here at U of L, and that’s a hole he dug himself deep into.

U of L has decided to sue Ramsey and other former foundation officials for overspending U of L’s endowment, excessively compensating themselves and attempting to cover it all up.

Along with Ramsey, former foundation executive director Kathleen Smith, ex-directors Jason Tomlinson and Mike Curtin, former director and consultant Burt Deutsch and the Stites & Harbison Law Firm are all being sued by the university.

It needs to happen. If anyone should be held accountable for the university’s debt, it should be Ramsey and his partners in crime.

In his time at U of L, Ramsey did more harm than good.

Aside from just overspending himself, Ramsey did his part to cover up for other’s spending of funds.

In October of 2008, Ramsey covered for Former College of Education Dean Robert Felner, calling the charges against Felner for stealing over $500,000 in funds meant for students “anonymous crap.”

The real “crap” was the next eight years we were led by Ramsey.

Alisha Ward, former director of U of L Equine Studies, used over $400,000 for personal use under Ramsey in March 2011.

Ramsey was set to make $1.67 million in 2015 after a pay raise and a bonus. This more than doubled the median pay of ACC presidents at the time. For reference, newly hired President Neeli Bendapudi’s base salary is $650,000.

This ludicrous pay would have made sense if he was improving the university, and didn’t already have a mile-long list of wrongdoings by 2015.

What made Ramsey believe he deserved this amount of money anyway? Did he think he deserved it because of how well he lied?

Let’s not forget this was also the man who was photographed wearing a racially insensitive Halloween costume. He and many U of L staff members wore stereotypical costumes that some considered offensive to Mexican culture. 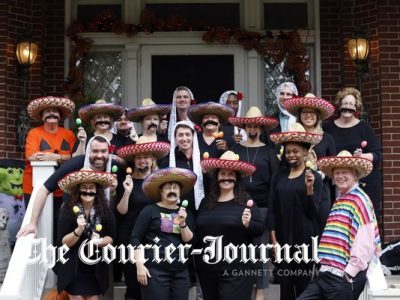 There’s no excuse for this, even if he did apologize. How can someone, as the president of a university that prides itself on diversity, think “I’ll dress up in a sombrero, add a mustache, try to portray Mexican culture,” and actually believe it’s a good idea?

This was our president for 14 years. This was the person representing our university to the world and the person we were supposed to look to as our leader.

We’ll be feeling the repercussions from Ramsey’s mistakes for years to come, and he should, too.

Suing our former president seems like a no-brainer. Sue him. Sue his allies. Make them pay for the years of scandals, lies, and hell.

Washing your hands won’t cut it: Get your flu shot