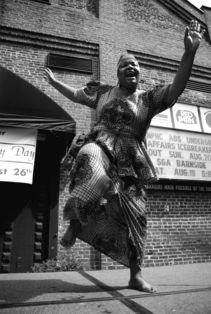 “Before women were given the civil rights that we now have today, it had been a dream that sustained people who weren’t recognized,” said Mary Karen Powers, Director of the University of Louisville Women’s Center. The center co-sponsors The Women’s Equality Day commemoration with U of L’s Student Activities Board.

The fair is held annually at U of L and acknowledges Aug. 26, 1920, as the passage of the U.S. constitutional amendment, which was delegated as a national day for celebration, in 1973. This year’s event will be held Aug. 23, on the West Lawn outside of the Red Barn and is free and open to the public.

“The event is a good opportunity to celebrate women, to show reverence and respect,” said Colin Ogilvie, a junior liberal studies major.

This dream of complete citizenship for political, economic and social justice, which includes the struggle and fight for women and voting rights, has been in affect for 72 years.

“We’re hoping to remind people of the women’s suffrage movement and encourage them to exercise their right to vote,” said Powers.

This event will iterate the importance of exercising the voting rights of students, faculty, staff and the greater community.

According to Powers, there are three purposes for the event. First, it celebrates achievement which educates those who aren’t familiar with the history of the women suffrage movement. Second, it is fun and enjoyable with good music and good food. Lastly, it provides information that one can utilize to better serve his or her community and overall, the world.

Mehak Bajaj, a junior biology and psychology major, said this event is “necessary because we have celebrations for everything else. It’s a good way to create awareness.”

There will be a host of booths, speakers and information tables staffed by university and community groups including a booth for those who aren’t yet registered to vote.

There will also be a number of performances featured, such as The Imani Dance and Drum Company. Other dance and music groups will follow, like Camino Flamenco and The Jungle Drums, which is a student group led by Rick Mattingly.

These performers represent women who are diverse by race, ethnicity, class and religion, but share the same passion for communal and universal justice.