Construction continues to progress on campus, as the new residence hall and renovation of the Ville Grill stay on track for their openings.

“The construction for the second phase has already started, and the plan is to have it complete by the end of the first week of November. Students will be able to use the space before the Thanksgiving holiday,” Karman said.

The second phase of construction on the Ville Grille will add a second floor that will increase the capacity of the facility from 400 to 600. However, due to COVID-19 restrictions, only 200 people will be allowed in the building until further notice. 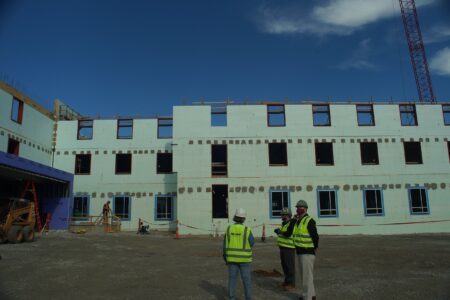 The new residence hall will consist of five stories with 452 beds, 120 of those beds will be used for living and learning communities.

According to Director of Campus Housing Tom Hardy, the dorms will be enhanced traditional style.

“The enhanced piece means the restrooms are not your typical line of toilets, showers, and sinks; instead each restroom, and there are several per floor, contains its own toilet, sink, and shower for much more privacy,” Hardy said.

The Cultural and Equity center is also currently under construction and will feature office suites and a courtyard. The buildings will be directly next to each other, but not connected internally so they will have to be entered separately.

Another event related to the new dorm construction is the topping-out ceremony. Planned for Nov. 17, a topping out ceremony celebrates when the highest point of a building is complete. The ceremony will occur over live stream and U of L President Neeli Bendapudi will be in attendance. See more photos from inside the building below. 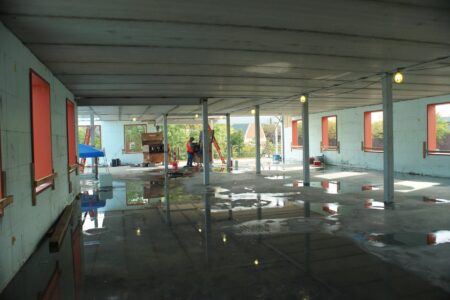 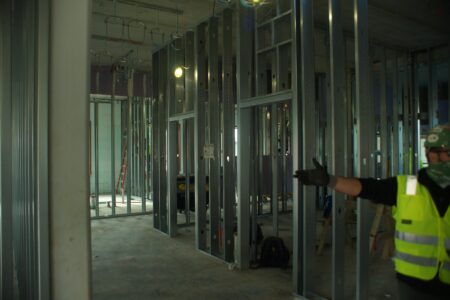