In the 2017-18 school year, SGA officers worked with a slew of interim administrators in an effort to improve student welfare at U of L.

In interviews with The Cardinal, the top four SGA executives described their accomplishments this term.

Tirumala said the leaders of the university are a “clean-up crew” tasked with fixing problems caused by former administrators.

He said one of the biggest messes to clean up was the burden of athletic programs on students.

“There’s an athletics fee that goes into the general budget. It’s about $100 per student over the course of the year,” he said. He said after working with Interim President Greg Postel and Interim Athletics Director Vince Tyra, he expects the fee to be cut in half in next year’s budget.

The fee was implemented in 2001, and has been opposed by each SGA cabinet since. University spokesperson John Karman said the decision has not been finalized yet, but Postel expects the athletics fee to be reduced.

Tirumala said SGA updated its constitution this year. Most changes were to make the document more concise and easier to use. Election rules were also adjusted to make the race shorter, and more campaign financing regulations were added, after it was revealed some candidates were receiving PAC support. He said these changes were a direct result of student feedback.

Tirumala said he hopes his successor, current academic vice president Jonathan Fuller, will focus on maintaining transparency in SGA and on the board of trustees in his term. 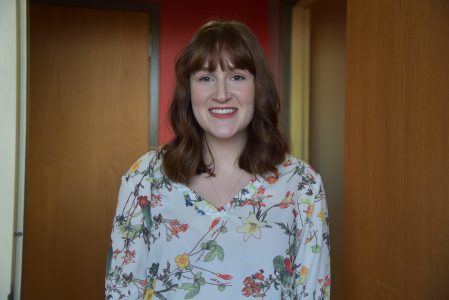 Love said one victory for students that came from her term was a project that installed 26 menstrual product dispensers around campus this semester. She said the previous executive vice president, Amanda Nitzken started the project.

She also said the proposed demolition of the Cultural Center has been a major focus recently, and she has been working with students and administrators on a relocation plan for the building’s programs.

Love said she has worked with the SGA senate to pass resolutions that voice student opinions on hot-button issues.

Next year, Mariana Juarez will take over Love’s position as executive vice president. Love said she hopes Juarez will continue her efforts to push for more diversity programs, and alleviate issues with the Cultural Center. 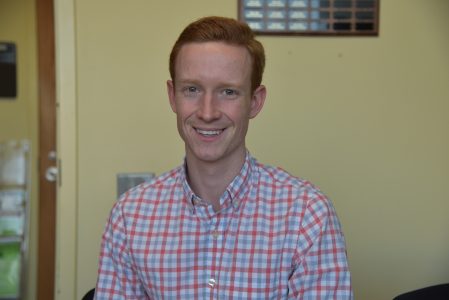 He said he was involved in many changes to on-campus dining, including the opening of the Marketplace in the SAC, which offers vegetarian and halal options.

Bird was also consulted as a student voice in decisions at the construction sites around campus.

“I’ve been involved with a couple of final package parts of the SAC renovation, which mostly include aesthetics, way-finding, signage, directories and things like that,” he said.

The SAC renovation, Academic Building and Papa John’s Cardinal Stadium expansion are all on track to be completed by fall 2018.

Bird also proposed a change to the campus safety escort services offered by U of L.

“[Students] think it’s really deficient, doesn’t serve a purpose and it might even be unsafe sometimes,” he said.

Bird’s new initiative is called the Cardinal LOUP, and would more efficiently transport students around campus. Instead of one driver, the plan calls for three routes and 27 pickup locations to be utilized.

“It’s a much more user-friendly concept that’s based on an app and GPS. It kind of operates like you would interact with Uber,” he said.

The next services vice president will be Wyatt Harris. Bird said his biggest hope for his successor is that he will push for a grocery store on campus. 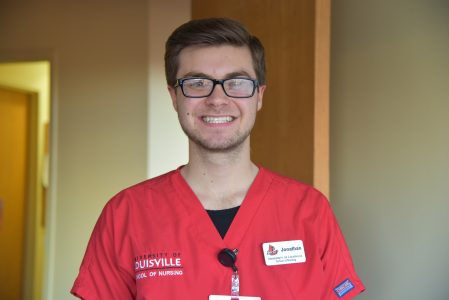 One project he is in the process of working on is mandatory academic feedback from professors. He said he received input from students saying some professors did not make grades available before the withdrawal deadline, which made it difficult to decide if they wanted to drop the classes.

“We encouraged faculty to have to have grades somewhere, maybe not necessarily Blackboard, but at least somewhere one to two weeks before the withdrawal date,” he said.

Fuller also pushed a resolution through the SGA senate that encourages professors to explain how each course fee will be used in each class’s syllabus.

Fuller said he got the university to extend library hours on the last Friday of finals week. He also advocated for renovations that would make the library’s first and second floors group-work spaces, and leave the top floors for individual work.

The next academic vice president will be Lazaro Munoz. Fuller said he hopes his successor will work with faculty to address student retention and make sure the academic feedback plans are properly implemented.

Board of Trustees votes to increase contributions to employee retirement accounts