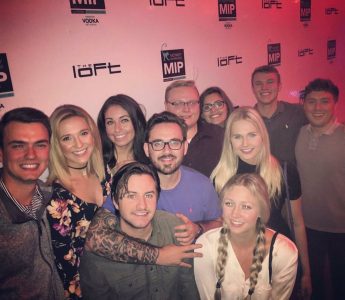 One photo, posted a day after the retreat, shows Bilyeu with a large group of people in front of a backdrop with the logo for The Loft, a bar in West Palm Beach. Among the group is Spencer Roesener, a leadership director for the Campus Leadership Project, a project of TPUSA. 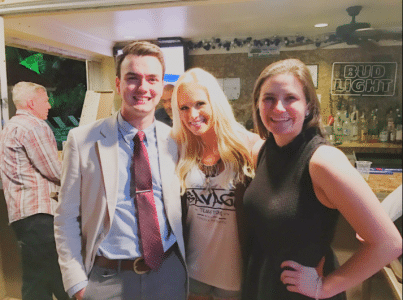 Another photo, tweeted by U of L student Petr Rodway, shows Bilyeu and Sook posing with Lahren. Rodway said he received the photo from someone close to Sook and didn’t know where or when the photo was taken. Roesener tweeted a photo of Lahren speaking at the conference on Dec. 16. 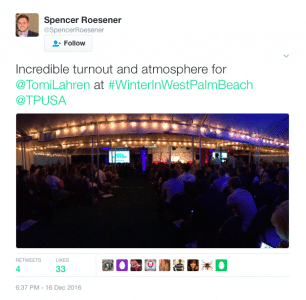 One U of L student, who asked to remain anonymous, said they were approached by Roesener in September, who said CLP was looking to “assist young leaders in attaining leadership roles within student government.”

“He said that Turning Point USA was their major funding and support source, and that they wished to help promote young conservatives with conservative values on college campuses, particularly in leadership roles,” the student said, adding they soon left the conversation because it felt “off.”

In December, the student noticed Roesener being tagged in photos from the conference and saw Bilyeu in one.

Sook denied claims her campaign had accepted outside funding, specifically from the Leadership Institute, a conservative organization focused on training. A representative from LI confirmed Sook, saying they were not related to her campaign.

U of L professor receives educator of the year award