The three major construction projects dotting campus will be completed this fall. The expansion to Papa John’s Cardinal Stadium, the new Belknap Campus Academic Classroom Building and additional renovations to the Student Activity Center are all on schedule.

Despite the amount of work demanded, university spokesperson John Karman assured all projects are on time and on budget.

The $63 million Papa John’s Cardinal Stadium expansion includes more than just extended seating. In addition to 10,000 new seats, the stadium will be enclosed, closing off the north end zone. It also  redesigns the Schnellenberger Football Complex.

The training facility will offer athletes almost double the space, a new meeting room, a movie theater and recreation room.

“These improvements will result in a leading premiere training facility nationwide,” U of L Communications and Marketing specialist Janet Cappiello said in an email.

The Belknap Academic Classroom Building will serve as both a new academic and social center for students.

“Funding for [Belknap Academic Classroom Building] this project was approved in 2014 by the Kentucky General Assembly to address a significant lack of class space at U of L,” Cappiello said. “U of L has the most significant shortage of classroom space among all Kentucky’s public universities.”

The $80 million building will also serve as the new home for the student success center and the College of Arts and Sciences.

At the SAC, renovations will provide more space and an overall face-lift. The upgrade will add almost 33,000 square feet to accommodate student organizations and meetings.

Unlike the other two developments, the SAC has remained open throughout the renovation, with occasional obstacles and closings in the building to complete the project.

“There will be more charging stations throughout the center, and the west wing will have a new façade with the internal escalations be replaced with open stairways,” Cappiello said.

The budget for this renovation is $39.1 million, and it will attempt to solve the limited space U of L has faced as the student body and campus have grown.

No firm date for a grand-opening has been revealed. 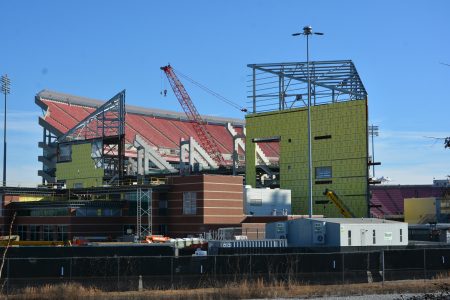 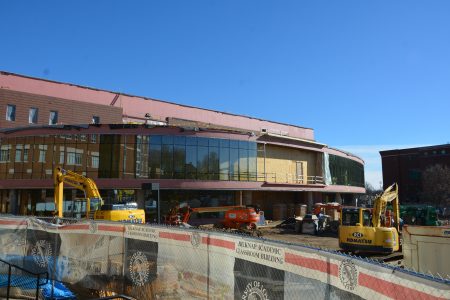