Two candidates are vying for the role of student body president in the 2018 SGA elections.

In interviews with The Cardinal, AJ Walters and Jonathan Fuller outlined their plans for the university. 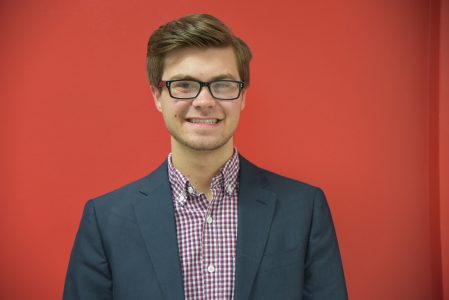 Fuller is a junior nursing major from western Kentucky. He serves as SGA Academic Vice President and is in the U of L Honors Program. He has also served as chair and vice chair of the Engaging Issues Committee on the Student Activities Board. Fuller was a team leader at this year’s raiseRED Dance Marathon. He also has served on Student Orientation Staff and is a member of Phi Delta Theta fraternity. 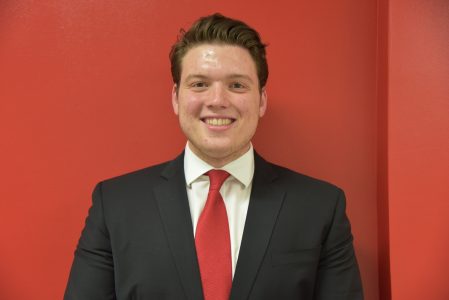 Walters is in his fourth year of business school. He will be graduating next May with degrees in accounting and marketing. He currently serves as SGA’s College of Business President.

Walters was a REACH ambassador and a SMART ambassador. He has served as president of the Student Organization for Alumni Relations (SOAR) and vice director for the Engage Lead Serve Board (ELSB). He is a member of the Sigma Chi fraternity and interns in Humana’s procurement department.

Walters wants to improve communication between administrators and students. He said as SGA president he would do what it takes to put students in the room with the administrators making decisions. Part of his plan includes giving RSOs representation in the SGA senate.

“[When there’s an issue] we want to make sure there’s a task force of students, and those students are going to be people that are directly affected,” Walters said.

Walters also said he wants athletics to give back more to the school.

“We want to make sure that two percent of the budget for the athletics is delegated towards cultural RSOs,” Walters said.

Fuller’s platform targets university growth and coming together as a student body.

Fuller said a key issue he wants to tackle is student retention. He said an abnormally high number of sophomores drop out of U of L every year.

“You can bring in all the freshmen you want, but if you’re losing sophomores, you’re never going to go anywhere,” Fuller said.

He said if elected, he will push for more counseling options and programs to get freshmen more involved around campus.

Speaking up for students

Both candidates said they were content with how SGA President Vishnu Tirumala led students during his term, but they also said SGA’s communication needs improvement.

Walters said he would issue newsletters to students three times a week. Fuller plans to send them out every two weeks. Both said their plans will improve the transparency of SGA and its ability to communicate with students.

Walters said he would release statements on issues more often than Tirumala has. He said regular small-group meetings with key student populations will inform him on their opinions, so he can better speak for them at trustee meetings.

Although Walters has never attended a board of trustees meeting, he said his experience working with board members and Interim President Greg Postel in his roles as president of  both SOAR and the College of Business has equipped him to use the meetings to speak up for students.

Fuller wants to find a balance between speaking too often and not enough. He said his style would fall somewhere between former SGA President Aaron Vance, who was very outspoken, and Tirumala, who, Fuller said, only speaks when necessary. He also plans to utilize round-table discussions with students to hear their opinions.

Fuller has been to board of trustees meetings, and said he can use this experience to bring attention to student needs.

He said one strategy he learned by watching Postel is to mention something in a trustees meeting if it’s not gaining traction otherwise.

“I’m not afraid to bring up issues there to gain attention for students,” Fuller said.

Who to vote for

Fuller said he is the best candidate for president because he has a vision. He wants to create more events and groups for students to get involved in and help organizations communicate better with administrators.

“I’m the candidate with the most experience for the position. I’m the candidate who is willing to be the most transparent, and open for students to gain input and knowledge into SGA, and to give their viewpoint as well,” Fuller said.

Walters said he is the best choice because he plans to give the average student a voice and provide resources for every student to get involved or get academic help. He said he wants the students’ voices to be the first ones heard in any meeting.

“I want to create a campus culture that allows communication, allows transparency, and is supportive of you,” Walters said.

SGA elections will be open Feb. 26 through March 1.

COVID-19 cases spike at the University of Louisville