President Donald Trump promoted his replacement healthcare plan in a rally at Freedom Hall March 20, reiterating that the House of Representatives will vote on the new healthcare plan March 23. Trump’s speech echoed those of his 2016 campaign.

“It’s time for Democrats in Washington to take responsibility for the disaster that they, and they alone, created,” Trump said. “Thursday is our chance to end Obamacare and the Obamacare catastrophe.”

“We are fighting on the side of our great American heritage,” Trump said.

Supporters began lining up in the morning, as doors were set to open at 4:30 p.m. and Trump scheduled to speak at 7:30 p.m. 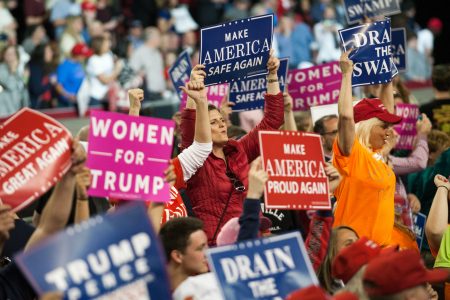 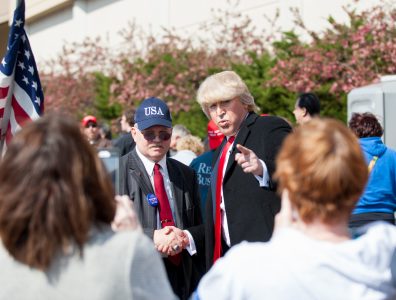 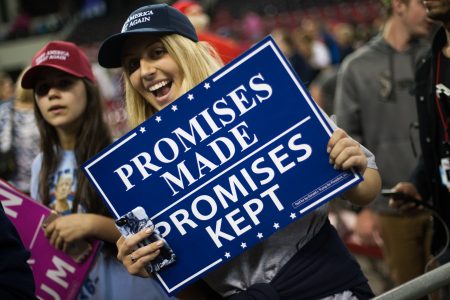 Ticket holder restrictions kept most protesters outside. Organizations like Indivisible Kentucky, Planned Parenthood, Black Lives Matter Louisville and Students for Reproductive Justice were present. U of L’s Bree Perry said intersectional representation was her main goal for the day. 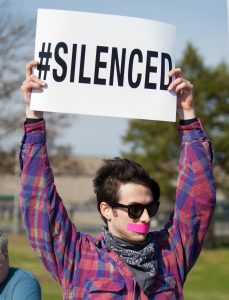 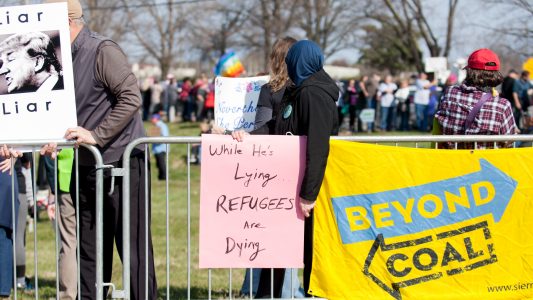 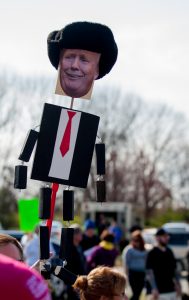 Perry was also concerned for education under Trump’s administration.

“I know a lot of people who were going to go get their PhDs, and then Trump won,” Perry said. “They just aren’t comfortable being stuck in school and they don’t know how their financial lives are going to change under this administration because it’s so unpredictable. He’s so anti-lower working class people, and that’s who a lot of my friends are in academia. If we don’t have a safety plan for our finances, how are we supposed to achieve to higher education?”

“Everything he says, it’s really good and what he’s been doing in the first 100 days,” McAdams said. “He’s going to repeal Obamacare, he’s going to start the construction on the wall soon, so I’m liking what he’s doing so far. It’s everything he’s promised.”

Supporters chanted “USA” and “build the wall” through the evening. Protesters attempted to disrupt Trump’s speech before being escorted out by police. One individual waved a flag which read ‘Antifa International’ before a Trump supporter took it from them.

Eric Hymel, another protester who was removed, said he demonstrated at a Trump rally in 2016.

“He’s lying to us on a daily basis,” Hymel said. “We cannot stand for this.”

Three members of Black Lives Matter Louisville were the last to be removed during Trump’s speech. J. Graham Brown School student Christian Jones was one of those escorted out.

“We planned to infiltrate the rally and cause a disturbance because this rally is nothing but white supremacists and oppressors. They’re oppressing people. They’re trying to control people. We came here to stand up and speak for the voices of the unheard,” Jones said.

“For the next four years, I’m feeling very hopeful about where our country and where our state can go,” Alvarado said.