Governor Matt Bevin named the new U of L Board of Trustees Wednesday.

The move makes a fully-constituted board, appointing the three interim board members to the ranks of seven others. But who are the new board of trustees members, and what do they do? 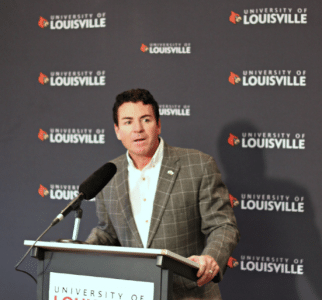 John Schnatter is the founder and CEO of Papa John’s, Inc. A Louisville native, Schnatter opened his first Papa John’s after making pizzas in a Jeffersonville, Indiana Tavern. He has since donated millions of dollars to the university, $10 million alone to name U of L’s football stadium.

“Generations of my family have benefited from an education at the University of Louisville and I look forward to deepening my involvement to ensure it is a respected, world-class institution,” Schnatter said on his appointment.

He earned a business degree from Ball State University in 1983. Bloomberg calculated Schnatter’s total 2015 compensation to be $3,644,624.

David Grissom is the founder and chairman of the Glenview Trust Company, an independent trust company based in Kentucky. Previously he was the president and CEO of Citizens Fidelity Bank and an executive Vice President at Humana.  A graduate from U of L’s Brandeis School of Law, he was chairman of the board at Centre College for more than 20 years and still contributes as a life trustee there. Grissom was chairman to the  Kentucky Council on Higher Education,  the Louisville Chamber of Commerce and the Kentucky Center for the Arts. 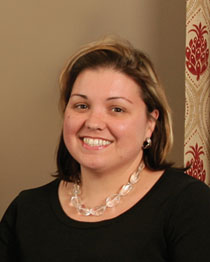 Frazier has ties to the University of Louisville Foundation, U of L’s $680 million endowment manager, will has said she will recuse herself from discussions and actions involving them. Tandem is contracted by the foundation, earning $458,174 for marketing work. She said the governor’s office was informed of this potential conflict of interest before her appointment.

This will not be her first time on the governing board of an institution. She currently serves as a board member for both Hollins University and Boston University. Bloomberg calculated her total compensation as $182,273.

Frazier earned a Master of Science in mass communication and public relations from Boston University and a Bachelor of Arts in history from Hollins College. 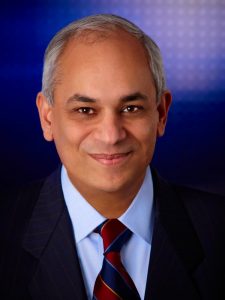 Nitin Sahney was president and CEO of Omnicare, a healthcare services company, before being appointed to private investment firm, Clayton, Dubilier & Rice.

Before moving to Omnicare, Sahney was co-founder of RxCrossroads. The startup would build into one of the fastest growing pharmaceutical services companies before being sold to Omnicare for $235 million in 2005. He has since excelled in the healthcare industry, serving as Director of Business Development for Cardinal Healthcare and Reimbursement manager for Caremark.

Sahney earned a Bachelor of Arts in economics from Punjab University and a Masters of Business Administration from Clarion University.

Initially amed to Bevin’s three-member interim board June 17, Bonita Black is the managing member of the Steptoe & Johnson law firm in Louisville. Black focuses on areas of general corporate law for her practice, including corporate, structured and municipal finance law.

This will be Black’s second stint on an educational governing board, as she currently serves on the St. Francis School board of trustees. Black earned a law degree at Harvard, and a Bachelor of Arts in political science and economics from the University of Kentucky. 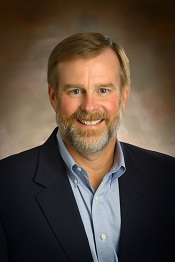 Douglas Cobb is the co-founder of Chrysalis Ventures, a venture capital firm.  Cobb had a series of successes in the business world. He founded Greater Louisville Inc., an economic development organization and the Cobb Group, a publisher of newsletters for personal computer users. The Cobb Group was sold to publisher Ziff-Davis in 1991. Cobb recently served as a chairman and CEO of Appriss, a tech service provider for law enforcement agencies.

Cobb has come under fire since his appointment, after inflammatory remarks on LGBT rights, U of L sports and climate change were found on his Twitter page. Cobb tweeted being gay and christian were incompatible, and called for Ramsey, basketball coach Rick Pitino and Athletic Director Tom Jurich to leave because of the basketball scandal. Cobb’s comments on climate change caught attention as well, as he referred to it as a “hoax” and shared a tweet condemning scientist Bill Nye as a “total fraud.” U of L biology teacher Margaret Carreiro said, “He obviously needs to be more informed” when told of his comments. He deleted his Twitter account Wednesday evening. 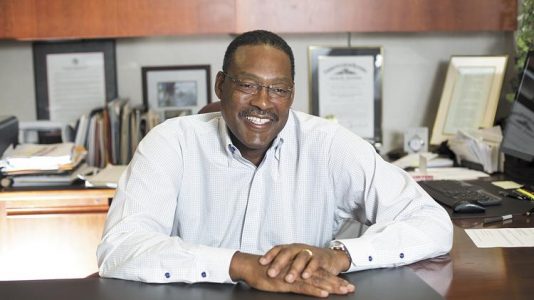 Part of Bevin’s interim board, Ulysses “Junior” Bridgeman is chairman of the U of L Foundation board, director of the Fifth Third Bank of Louisville, and independent director for both the Jackson Hewitt Tax service and Churchill Downs. Recently named the chairman of the foundation, Bridgeman is also the owner of Bridgeman Foods Inc. and ERJ Inc.

ERJ helps manage Wendy’s and Chile’s restaurants across states, employing up to 7,500 people. Bridgeman signed a deal in April to divest his restaurants, trading them in to become the third independent Coca-Cola bottler in recent decades.

Bridgeman was a former NBA player, spanning 11 years between the Milwaukee Bucks and Los Angeles Clippers.

Bridgeman received a Bachelor of Arts in Psychology from U of L. 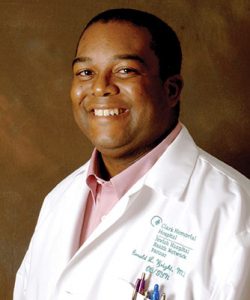 Another member of Bevin’s interim board, Dr Ronald Wright is an obstetrician and gynecologist. Wright practices at WomanCare, a women’s health practice in Jeffersonville. The practice emphasizes bringing babies to term.

Wright earned his Bachelor of Arts from Tulane University and graduated from U of L’s medical school. He went on to complete his residency at Texas Southwestern Medical School, and volunteers at a clinic offering abortion counseling, pregnancy and medical services. 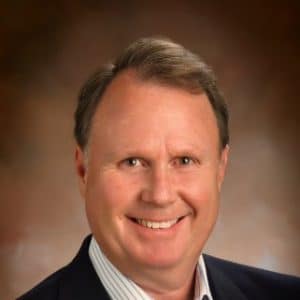 Dale Boden is currently the president of BF Capital Inc., a private investment firm primarily focused on real estate. Boden is also on the board of directors for the Louisville Regional Airport Authority, director of University Medical Center Inc., and general partner of  Yearling Management LLC.

As founder and chairman of Advanced Cancer Therapeutics, Boden faces potential conflict of interest for the company’s ties to the U of L Foundation. Boden said he would recuse himself if matters concerning the company arise. 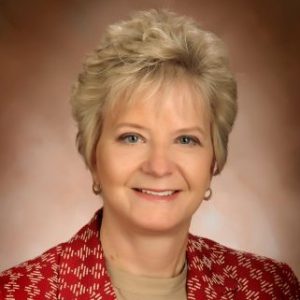 Diane Medley is the managing partner and co-founder of MCM LLP, a certified public accounting firm offering help for tax, assurance, accounting and consulting. Medley also serves as a managing member to Meritrust Wealth Management, is the chair of Greater Louisville Inc., and board member for Nucleus and the U of L Entrepreneurship Council.

Medley earned a Bachelor of Science in accounting from U of L.

The board will be joined by representatives for students, faculty and staff as required by state law. Aaron Vance, current Student Government Association president, represents students. The Faculty Senate trustee is Enid Trucios-Haynes, a law school professor. Will Armstrong represents staff.

1 thought on “And then there were 10: meet the new board of trustees”