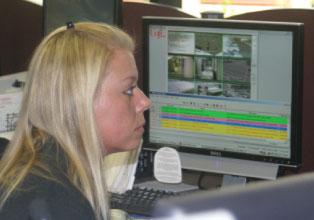 Following a mid-February night of studying at the University of Louisville’s Ekstrom Library, Tompkins, a junior political science major, was assaulted when he walked alone outside of the library to his Delta Upsilon fraternity house.

“I came out of the library and noticed a group of four African American men in their mid to late teens standing on the walkway in front of the library,” Tompkins said. “The next thing I knew I was hit in the face and they took my backpack. Luckily I got up and ran straight to my frat house where we called DPS.”

In light of incidents like this, the Department of Public Safety at U of L warns students to always take caution.

After several crime reports on campus in the spring of 2008 semester, Major Kenneth Brown of DPS urges new students to visit the DPS web site to learn how to stay safe on campus.

Some U of L students have also emphasized the importance of remaining careful while on campus.

According to Tompkins, his experience was life changing and made him more alert.

“You never think it will happen to you until it does,” he said.

Brown said DPS offers a lot of information concerning reporting crime, crime prevention and what to do if you are a victim or witness of a crime. ?Advice DPS suggests includes such precautions as?walking with a group of people, and if walking to a parking lot, not leaving the area until everyone is safely in their vehicle.

DPS also advises students to remain alert and watchful for suspicious activity and that students should leave the area if they sense something dangerous will happen.

Some students have said the rash of crime reports in the Spring of 2008 made them much more alert about their own safety.

“Every time I see or hear about another crime report I feel like I have to watch over myself a little more,” said sophomore business major Jordan Moore. “It makes you wonder about the overall safety of students on campus and what steps are being taken to prevent future events.”

Tompkins recalls noticing a patrolling officer around the library at night after his incident had happened.? However, he views DPS as an extra line of defense.

“I just try to be extra vigilant and cautious myself,” said Tompkins.

“You just can’t leave a group and walk off by yourself,” said Moore. “You need to constantly have someone with you around here after dark, every student is a possible target.”

“I would also suggest they sign up for the U of L Alert,” said Brown. “Pay attention to any posted crime or safety alert.”

According to the Web site, UofL Alert is designed to provide rapid notification via text messages to alert student, faculty and staff of an emergency at or adjacent to the university. Individuals who want to take advantage of this system must enroll via the U of L main web page.

Another way to stay informed about late breaking situations on campus is InformaCast. This is a system which allows alert administrators to simultaneously send an audio stream and text message to all UofL Voice Over Internet Protocol (VOIP) phones.

Activation of the InformaCast System for emergencies will pass an audible and text message through VOIP phones.

U of L has more than 9,000 VOIP phones that could be activated in seconds during an emergency.