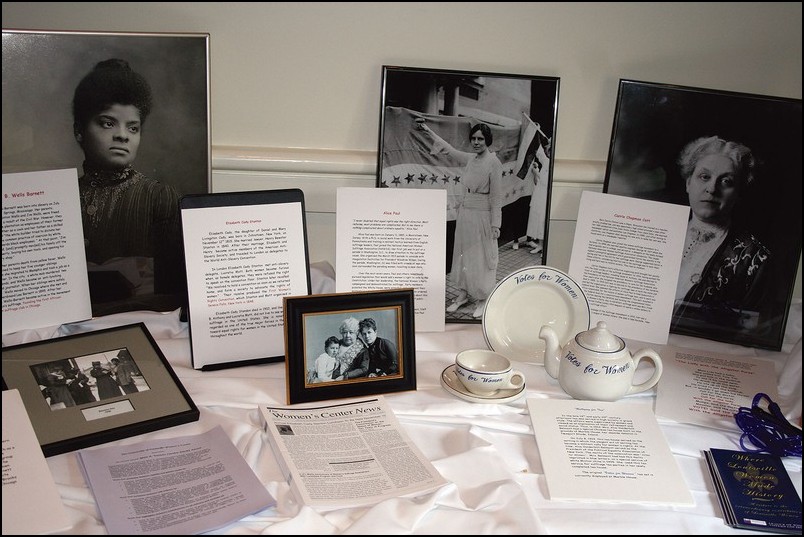 The Women’s Center, the Multicultural Academic Enrichment program and the Student Activities Board held a “Votes for Women Street Fair” at the Red Barn Aug. 25. Booths featured women’s organizations and addressed issues pertaining to women in the U.S. The next day, the Women’s Center invited women who have served in Jefferson County politics to a luncheon in honor of their achievements.

According to Mary Karen Powers, president of the university Women’s Center, women holding an elected office in Kentucky, ranks the state as 48th. Georgia Powers, who attended the luncheon, was the first African-American, as well as the first woman to be elected to the Kentucky state Senate.

She began her political career in 1962, working in a local election campaign. She said she was hesitent to get involved at first, but “a church member insisted because there no African-Americans working on the campaign.”

Within two days of campaigning, she said she knew politics was her destiny. “I saw the white men sitting in smoke-filled rooms, and I saw where the power was, and I wanted the power,” she said.

Powers spent the next five years working in politics and on various campaigns. Her last job on a campaign (other than her own) was for Edward Breathitt’s gubernatorial campaign for Ketucky governor in 1965. After Brethitt won the governorship, Powers watched as other campaign workers began getting hired in Frankfort, but she was never offered a job.

Instead, she soon became heavily involved in the civil rights movement. As an oganizer of the 1964 March on Frankfort, she was mocked in the House of Representatives for her belief she could change the legislation.

“I thought, I’m going to get a seat here, and I’m going to vote right, make a difference,” she said. Powers returned to Louisville determined to become an elected politician, to give a voice to women and African-Americans.

When voters asked why they should vote for an African-American and a woman, she replied, “God gave each of us a mind and a brain, and I think he intended [for] us to use them.”

Powers was elected to the Senate in 1968 and would go onto serve for 21 years as a member of the senate.

Powers final words of wisdom were, “Develop your passion, organize, get involved and give a voice to the voiceless.”