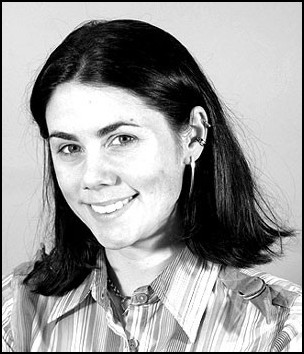 Every student would agree that the University of Louisvillewould be a better place if we had more parking, but how manystudents would volunteer to explore ways to keep the parking wehave and expand it in coming years?

Some might say that the lack of activism for better parkingcould be attributed to a dearth of social capital on our campus.Social capital has recently become an important concept inpolitics, economics and sociology. It can be described as a systemof mutual reciprocity and exchange that arises among citizens andcan be seen in the general attitude of social connectedness,civic-mindedness and engagement in community affairs. Although theconcept has many critics, nobody would argue that social capital isa bad thing. It allows citizens to work together effectively tofind solutions to problems that affect everyone – likeparking.

This is particularly relevant to U of L students because mostwould agree that they are not “engaged in the universitycommunity” and not “socially connected” in theway that the administration would hope. Take voting, for instance -how many students voted in last month’s SGA election? Toofew, according to some. SGA Supreme Court Chief Justice AngelaStevens said that voter turnout was very low this year. Only tenpercent of the student body is involved in a Greek-letterorganization and the number involved in other RSOs is comparablylow. And although free food is a great way to attract students to ameeting or event, try attracting them without it. Almost anystudent asked would say that parking is a major issue for U of L -but how many would volunteer to sit on a committee to explore waysto fix it?

Many students justify their lack of involvement at ownership inuniversity affairs by saying that they will only be here for fouryears; it would take longer than that to change U of L for thebetter. Still others ask why they should get involved in making thecampus better when they are busy with academics, a job and familycommitments.

Granted, there are many students who are involved in campusaffairs and work hard every day to make life better for U of L.Despite widespread skepticism about the intentions of some SGAleaders, it is evident that they endeavor to help theadministration deal with retention rates, food services, andstudent activities. But it seems that the average student careslittle about making the university a better place for futurestudents. I shudder to think that many students on campusdon’t know who sits on the current SGA administration,understand the impact of state-wide budget cuts on our education,or consider what will happen to parking next summer when ground isbroken for more campus housing.

What kind of citizens will these students be when they leave theuniversity? Will they be involved in community affairs, voteregularly, and be aware of new local and state ordinances thataffect them? Will they care?

The point of an educational institution is to create moreinformed and socially responsible citizens who care about theircommunity and about the policies that affect them. How can onebegin a habit of social responsibility after college if it is notalready ingrained in his or her manner of thinking during college -or, dare I say, before then? To become involved in universityaffairs now would not only be an excellent exercise in leadershipdevelopment and make a difference for U of L students both presentand future, it would be a way to establish a precedent for activismand civic involvement after graduation. Parking may not be anenormous problem for those ready to graduate in a semester or two,but when you leave the university and encounter restrictive lawsthat ban gay marriage or smoking in local bars, will you getinvolved in the democratic process to try to change them, or simplycomplain about the way they affect your life?