Men’s basketball comes from behind to beat Miami

Trailing by 14 points during the second half, men’s basketball surged back in the final five minutes to win 71-66.

In his first game back from a hip injury, junior Quentin’s Snider scored 13 points in his return. Sophomore Deng Adel and Donovan Mitchell combined for 36 points. With 40 seconds remaining, Snider hit a deep 3-pointer to give Louisville a 66-61 lead. 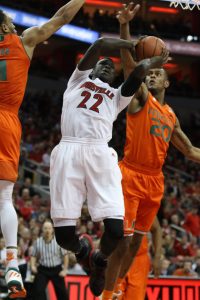 Without starters Asia Durr and Briahanna Jackson, women’s basketball defeated BC 68-43 for their ninth conference win of the season. 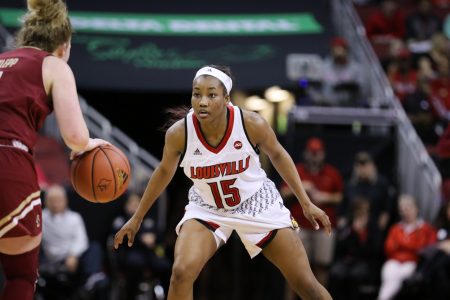 On the road against Marquette, lacrosse eked out a 13-12 victory. By holding off the Golden Eagles, coach Young won her 150th career game and her 100th as a Cardinal. Sophomores Meghan Siverson and McKaya Conti scored five goals each.

When the Cards traveled back home, Louisville held off Robert Morris 9-4, moving to 3-0. 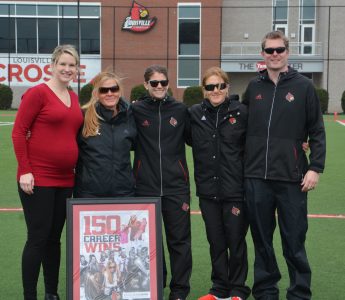 Playing in the UNLV Sportco Kickoff Classic, the softball team breezed through the first two games against Southern Utah and CSU Baskersfield with a combined score of 30-5.

The Cards lost to host UNLV 5-3. Louisville responded with another one-run victory against Indiana State, winning 1-0.

Starting the season 5-0, Mark Beckham’s team hosted Georgia State Feb. 10. Louisville jumped up 3-1 before the Panthers won the final three points to edge the Cardinals 4-3. Redshirt sophomore Aleksandra Mally fell in the match-clinching point in a tie-breaker in the third set.

After the tough loss, the team bounced back with a 6-1 rout of Miami (OH). The Cardinals remain undefeated in doubles after seven matches.

U of L routs Syracuse 30-0 in home victory

Virginia’s Cavaliers come out on top against Cardinals 31-17