The transition from high school to college can be difficult, but U of L athletics had plenty of freshmen that showed promised in their first year of collegiate athletics. Highly touted first-year student-athletes like Lamar Jackson, Donovan Mitchell, Megan Hensley and Asia Durr garnered ample attention, but here are a few lesser known student-athletes to watch for to build on their breakout performances and grow as sophomores.

The 5-foot-8 midfielder started all 18 games for coach Karen Ferguson-Dayes this year, logging the third-most minutes on the team. Vincent scored a goal in her first collegiate contest and added netted her second career goal against top-ranked North Carolina in October. She finished the year with seven shots on goal. Vincent’s speed, athleticism and length blend together well for an attacking midfielder.

The local product from Trinity High School played in 29 games and averaged 5.9 points in 17.9 minutes per game. Coach Rick Pitino was most complimentary on the forward’s 6-foot-10 frame, frequently saying Spalding led the team in deflections. In his third career game, Spalding finished with a double-double against North Florida, scoring 18 points and pulling down 12 rebounds. Spalding had the second-highest field goal percentage for Cardinals who played more than 200 minutes this season. Pitino wants Spalding to add weight in the offseason so he can body post players better.

The goal keeper from Larne, Northern Ireland may have had the most impressive first year for any freshmen athlete at U of L. McFerran led the ACC with nine shutouts, which also tied U of L’s single season shutout record. She started every game and gave up an average of just 1.24 goals as Louisville went 13-7 and stayed in the top-10 throughout the year. She earned 2015 NFHCA All-America third team honors and was to the NFHCA All-West Region first team. She finished the season with 67 saves. 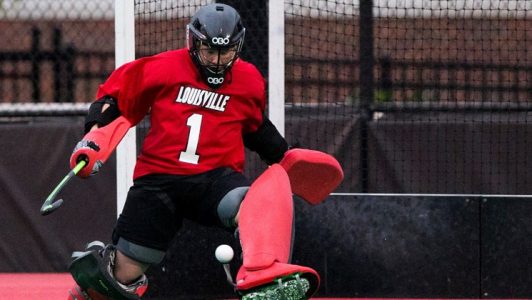 Coach Ken Lolla’s attacking forward scored a team-high seven goals this season, including goals in three of his first four collegiate games. Though the team struggled with a brutal ACC schedule and ended the season 7-9-3, Schmitt’s goal scoring ability adds some promise as the Cardinals head into their third season in the ACC. He scored a goal in Louisville’s win over in-state rival Kentucky and also added two goals in the Cardinals 4-0 win against Memphis. 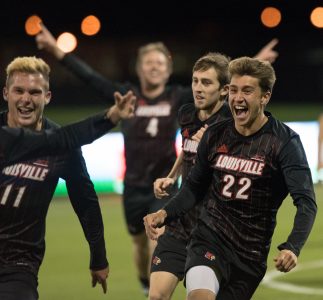 With a roster made up of five freshmen, coach Courtney Trimble had plenty of youth to work with this year. Trimble rotated and mixed in her freshmen throughout the fall and spring seasons to build experience. In September, Cason posted one of the best scores for a freshman in Louisville history, a four-under-par at the Mason Rudolph Championship. She finished tied for fifth in the 90 player field. Cason finished ninth in the Cardinal Cup in October as Louisville won its fourth consecutive annually hosted tournament. 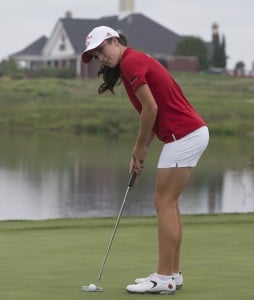 Multiple U of L athletes test positive after weekend party

The Galt House Hotel commits $3.5 million to U of L Athletics