Despite performing in an almost full Yum! Center May 23, Mumford and Sons put on an intimate show with a strong stage presence which made the audience feel at one with the band.

Mumford and Sons music combined their powerful lyrics with instrumentals to produce a variety of emotions in their audience.

Special guest Kevin Garrett opened for the group, before Mumford and Sons thrilled the stadium.

The band started with a new song, “Blind Leading the Blind.”

The band launched into “Little Lion Man,” one of their popular hits, the crowd erupting+ into cheers and dancing. The energy in the Yum! Center was comparable to a sporting event.

Yum! was built to hold 22,000, but Mumford and Sons made every person feel like the concert was just for them.

Marcus Mumford was especially close to the audience, traveling into the floor seating area, around the arena’s sides and even up the lower level and aisle ways. As the light followed Marcus Mumford, you could almost feel everyone hoping he would make his way to them.

“Louisville been great to us over the years,” Mumford said.

Marcus Mumford has a special connection to Louisville. He has collaborated with Louisville native and My Morning Jacket lead singer Jim  James, other artists and produced an album with the band The New Basement Tapes.

Louisville is one of the last stops on the band’s U.S. tour before they head overseas.

Mumford tried connecting with the audience before playing “The Cave.”

“How do you feel about a dance together?” He asked.

Tuesday’s audience got another special treat. Mumford and Sons performed an untitled song for only the second time.

Mumford and Sons drew a spectrum of ages, whose diversity was highlighted during a rendition of “Awake My Soul.”

The entire crowd illuminated Yum! with lights. Some had cell phones, others thrust classic Bic lighters in the air.

The atmosphere was filled with emotion and energy which radiated from the stage.

The concert ended with a three song encore of “Snake Eyes,” “I Will Wait,” and “The Wolf.”

Mumford and Sons put on a brilliant show. Their sound was amazing to hear live, possibly making experience was better than anything you could hear online or in hard copy.

Based on the new song the audience was lucky enough to hear, it’s safe to say Mumford and Sons will be bringing more music for a while. 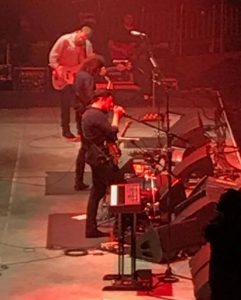 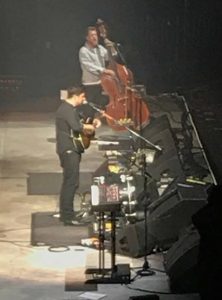 What to expect at 2020 Welcome Week

Louisville’s most underrated eateries that students should give a try

2 thoughts on “Mumford and Sons connects with intimate concert”