Roommate stories to make you cringe

Most college students have lived with roommates. Sometimes, the roommate can be great and you never want to leave one another. Other times, you count down the days until the semester is over so you can move out and never deal with them again. Here are some of the worst stories from students.

“I walked in on my suitemates … having relations with each other. Later that semester, they broke up and we had to switch roommates.”

“My freshman year roommate had two hamsters and one day, one of the hamsters ate the other.” 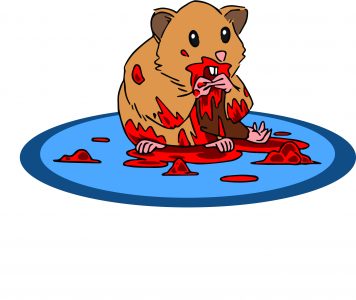 “On move-in day, I walked in on my roommate putting upside-down crosses on the walls.”

“(My roommate) threw her bicycle at my door after I asked her to move it from the kitchen.”

“My roommate snuck a pet tarantula into our room. Almost inevitably, it got out and we never found it.”

“I came back after fall break and my roommate had completely switched our sides of the room. She had moved all of her stuff to my former side and placed all of my things in a pile on my new bed. She said she couldn’t stand sleeping on the left side.”

“I’m fairly certain my suitemates brought all of their sorority sisters over every weekend for an entire semester.”

“My roommate and I passive aggressively wrote each other notes about things we were doing to annoy each other. One day, she wrote it in Sharpie marker on my door.”

“My roommate and his girlfriend were eating dinner and then started fighting about whether or not they wanted to invite me to eat with them. Long story short, she ended up throwing spaghetti on his head.”

About the Author: Briana Williams