So where are you guys from?

Cool. So where did you go to school?

Ryan: I went to Manual, across the street.

Tony: You forgot your own name!

Nick: It’s not a good school.

How did you guys meet? You all went to the same school [Tony and Nick]. But how did you [Ryan] meet them?

Ryan: Since grade school. We just met each other doing kid stuff.

Nick: I met Tony in school and then I met Ryan through mutual friends.

Tony: I met Nick in…

How long have you been playing together?

Ryan: And then we got weird. 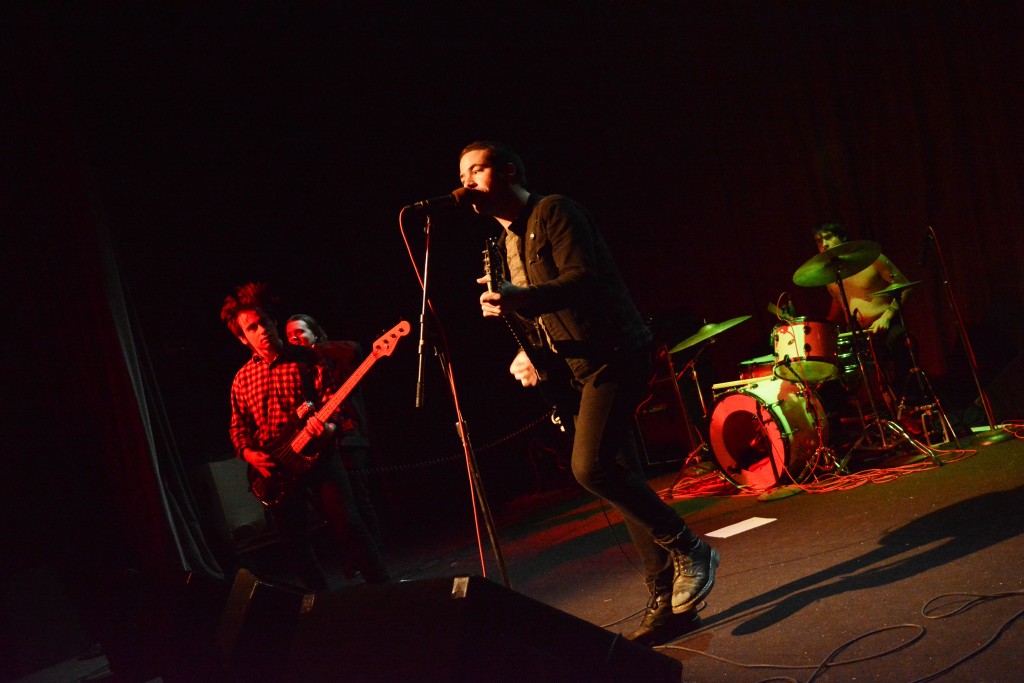 Well weird is not a bad thing. I saw you guys at Forecastle last year? How was that? What was it like to get to play at Forecastle?

Tony: Oh cool! It was a lot of fun. It was pretty crazy. It was really hot. It was super-hot. But it was cool. Perhaps the sweatiest show.

Ryan: I thought I was gonna pass out. I ran off the stage thinking I was gonna throw up and pass out. And then our friend had to wear um…

The costume! [referring to the grim reaper costume that their friend wore at Forecastle]

Tony: We’ve only done it twice. It was two different people, but that time was our friend Gabe. I thought he did a great job though.

Ryan: We bought that head at Caufield’s. 100 bucks.

What do you think are some of the influences to your style? Or what would you consider your genre?

Ryan: Rock. The rock genre. I think we fit into the rock category. Pretty loud and rockin.

Tony: Man we listen to a lot of crazy stuff. I don’t know [mumbling, and laughter] I think that your influences change too. Probably about every six months I’d say. Cause it’s not like you listen to the same thing your whole life.

Alright. What are they right now?

Ryan: We asked them to play this. [Boston playing in background] We want them to play it the whole time. But we’ll see what happens.

What about some of the earlier ones?

Ryan: We like the Beach Boys. I’d say that’s a big one.

Nick: It’s not really like an influence-driven band. We just make stuff that we like. Well we were obviously influenced to make like angry, well not angry, but rock music. So like the rock genre. I’d say the entire rock and pop genre.

Tony: You just drew a hand with six fingers my man.

Ryan has been doodling for a few minutes

Ryan: Who says he’s a human.

Nick: Here let me finish it.

Nick: Put that in the page.

Tony: Put it in the Bugle. That’s not what it’s called.

Ryan: Just sometimes. It’s not appropriate all of the time.

Tony: I like Slipknot in the late summer/early fall.

Nick: The winter’s just a little too much.

You guys are going on tour soon right?

Tony: Yeah. In March. It’ll be here before you know it. We’re excited to tour especially because it’s SXSW. Last year was our first year and everybody was like you’re gonna hate it. It sucks. And then we went there.

Ryan: And it was the time of my life. Maybe the best time I ever had in my entire life. You just basically hang out from 11 a.m. to 5 a.m. for a week.

Nick: Yeah. You’re gonna get a little sick and you’re not gonna feel like you’re alive.

Ryan: But you get a ton of free stuff. Free shoes.

Nick: You might have to carry your stuff a few blocks. Ideally you would have someone driving you the whole time.

Oh man. I can’t choose that. Old band or new band? I guess old band would be the classic answer, The Beatles.

Ryan: They have a lot of hits.

Ryan: What’s the craziest question you can think of? I like to ask: Do you wanna be a frog or a lizard?

Ryan: Oh here’s the classic one. I just remembered: Would you rather your name be Shrimp Simpson or Hamburger Jones?

Well I guess I’ll go with Shrimp. That one sounds good.

Ryan: You got them all right! 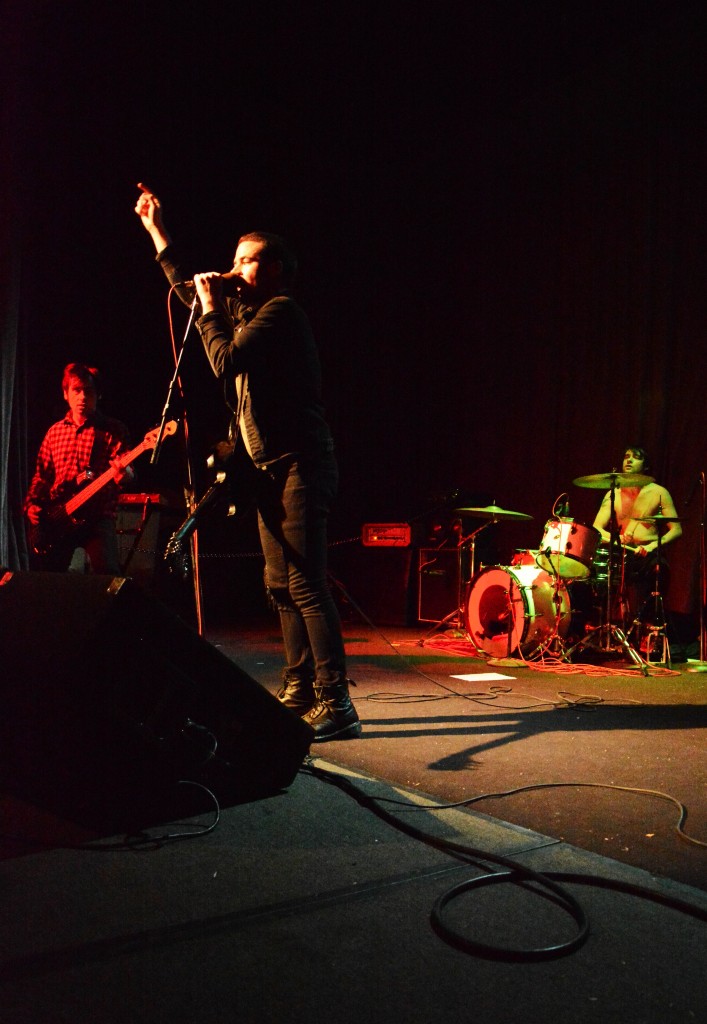