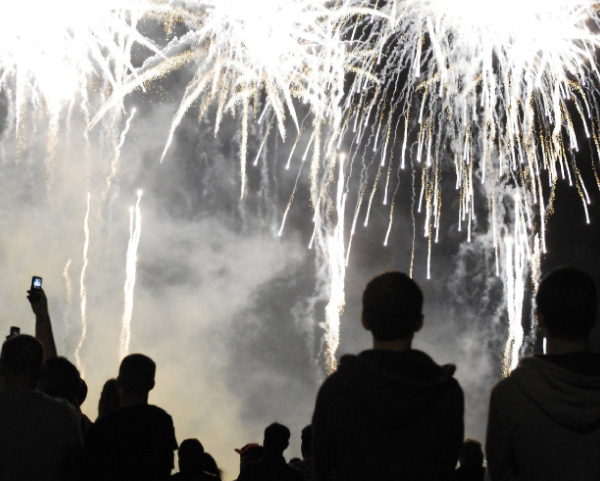 The administration of the 2011 Derby Festival made a few changes to the events this year. Most notably, a 2011 Pegasus Pin was required to enter several public viewing areas – such as the Great Lawn – for this year’s Thunder over Louisville. This decision has caused controversy for many patrons of the formerly free event.

“I think they restricted it because they want to make more money, honestly,” said Sean Henehan, a Thunder attendee. “And I also think they want to regulate the alcohol consumption on the Great Lawn. It makes sense from a business standpoint.”

Several have speculated that the new requirement was a financial decision.

“Probably because of all the rising prices – like gas and everything is going up,” said Sharee’ Forrest, a sophomore anthropology major at the University of Louisville. “They have to make money for the [Derby Festival Foundation] some way. And they probably thought this was the best way to do it.”

“We typically lose about $150,000 on Thunder,” said Mark Shallcross, the communications manager for the Derby Festival. “The reason for requiring pin admission this year was a safety and security issue. The last couple years, we’ve had people coming down there very early in the morning and using stakes and rope and banners to quarter off large areas of the Great Lawn…It created a pretty tense situation down there, as people became territorial over the spots. To try to head that off this year, we decided to put up fencing and require Pegasus Pin admission.”

Thunder turnout was substantially lower this year than in recent years. However, due to the inclement weather, it is uncertain what caused the low turnout.

“I remember last year, out in front we didn’t even have a line, per say, because… it was just a sea of people nonstop from one o’clock until midnight,” said Andrew Salerno, a food vendor in the Chow Wagon. “And this year it’s been less than half of the business.”

According to Shallcross, the weather made it difficult to gauge whether or not the new Pegasus Pin requirement was successful.

“If it had been a nice day like it was last year, it would have been a better judge of how [the Pegasus Pins] worked out,” said Shallcross.

According to the Derby Festival website, the festival began selling Pegasus Pins in 1973. The price of these pins was $1 or less until 1994, when the cost was raised to $2. The latest price increase came in 2009, when the cost became $4 in advance or $5 at the entrance to events. Today, sales of these pins make up 20 percent of the budget of Derby Festival. Shallcross said it is unlikely the festival will end the new Pegasus Pin requirements for Thunder.

“We review all the events after the festival is over, so it’s too early to say for certain,” said Shallcross. “But because it is a safety and security measure, it’s likely that we’ll bring it back next year.”