News the university was involved in an FBI investigation rattled the city, pushing U of L’s athletics director, Tom Jurich, head men’s basketball coach, Rick Pitino, and a player into limbo. Now,  Jurich and Pitino’s fate could be determined by tomorrow.

U of L’s Board of Trustees and Athletics Association scheduled a special meeting tomorrow to discuss accreditation, the presidential search and hold closed sessions. Those closed sessions will discuss personnel matters, which Kentucky law mandates must involve  hiring, punishing or firing employees.

The meetings could formally fire Jurich and Pitino, whose contracts specify they must be fired by the university and athletics board.

The FBI investigation found U of L and other universities partnered with sponsors, paying prospective players to recruit them. The bribery announcement led to FBI raids on athletic coaches, firings and suspensions. U of L’s Brian Bowen, a five-star recruit enlisted during the FBI’s investigation period, was suspended from team activity and David Padgett was hired as an interim replacement for Pitino. 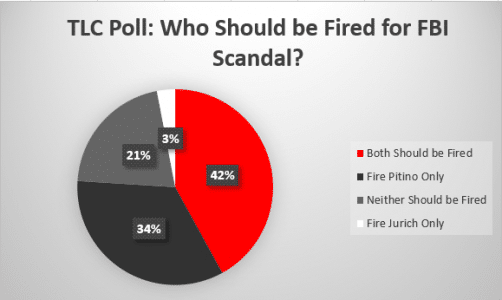 Tomorrow’s board and athletics meetings start at 9 a.m. and 1 p.m. respectively in Grawemeyer hall. U of L Spokesperson John Karman said he doesn’t believe Pitino or Jurich will attend tomorrow’s meeting.

The agendas for those meetings are below:

Board of Trustees Agenda.