Protesters began gathering as early as 9 a.m. with Pence scheduled to speak at 10:45 a.m.

“I want to give Pence the message that ACA is important to a lot of people and not just the wealthy should have access to health care,” U of L student Scott Clark said. 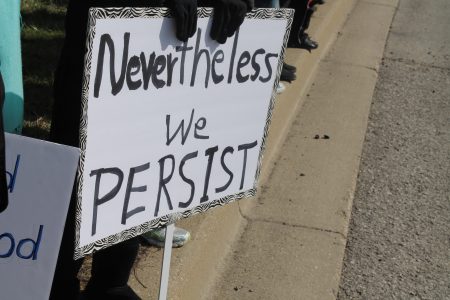 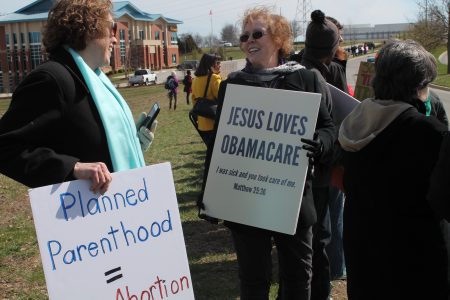 Organized by Louisville-based Indivisible Kentucky, the rally drew groups like Save My Care, Planned Parenthood, Black Lives Matter, Democratic Socialists of America and the Kentucky Alliance Against Racism and Oppression.

Trump named his replacement health care plan The World’s Greatest Health Care Plan of 2017, also known as House Republican Bill 1275. The American Health Care Act, however,  would repeal the ACA. Republicans have criticized the ACA for increased insurance premiums and having few insurers with plans available.

“You fix the problem. Don’t toss the entire program out,” Paracha said.

U of L alumni Shelby Budrick said it was about more than health care for her. “This general disregard for human life that’s been put out there by the administration is infuriating to me.”

“This health care removal will impact Kentucky more than it will impact the other states because Kentucky has so many people that are employed by health care companies,” Evans said. “I think that’s its crazy that someone could just want to get rid of it. It’s a little heartbreaking honestly.”