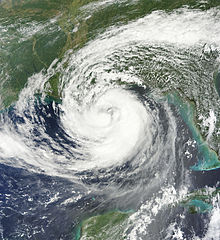 As of last Wednesday, 66 people have died this year from the West Nile Virus infection, and the number of human cases of the infection is 1,590. About half of the cases have occurred in Texas. There have been two infections so far this year in Kentucky, but no deaths.

Pathmark supermarket employee Terence Tyler entered his places of employment in Old Bridge, NJ, at around 3:30 a.m. August 31st, firing at his fellow employees and killing two before killing then himself.

The hurricane hit shore as a Category 1 hurricane, and while it landed on the anniversary of Hurricane Katrina, August 28th, it was nowhere near as damaging. It was still powerful, with areas of Louisiana experiences much flooding and at least four people dead.

The RNC was due to start in Tampa, Florida on Monday, August 27th, but because of severe weather reports from Hurricane Isaac, was postponed a day.

On the first day of school, August 27th, Robert Wayne Gladden Jr., a sophomore at a suburban Maryland high school, took a shotgun to school. Two shots were fired, one hitting a classmate who was severely wounded but is now improving. Gladden is now in being held at a state psychiatric hospital.