U of L Board of Trustees approves 6% tuition increase 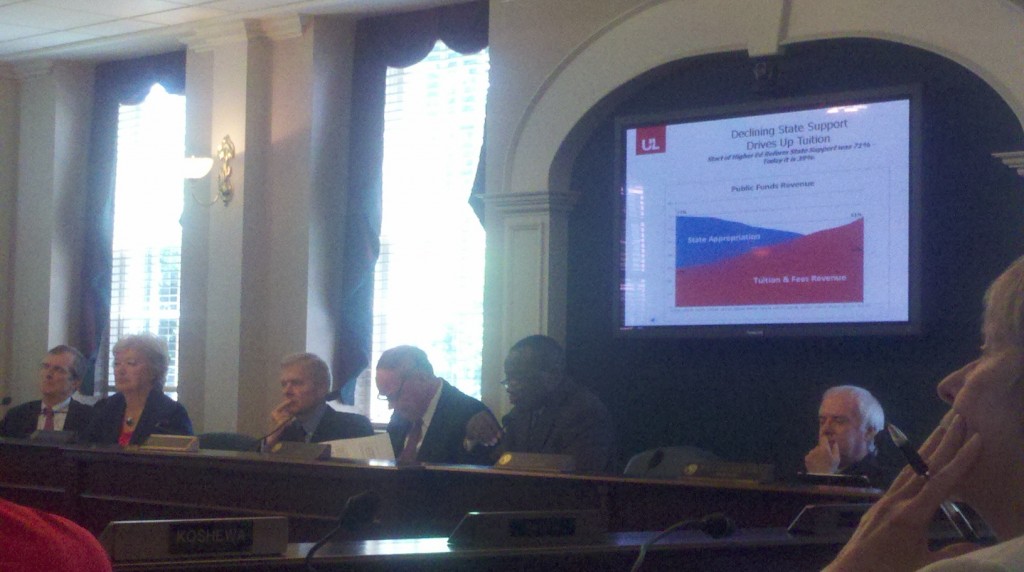 The University of Louisville Board of Trustees voted unanimously on Thursday to approve a 6 percent tuition increase for undergraduate students, beginning in the fall semester. This marks the twelfth consecutive year of tuition increase at the university.

Vice President of Finance Mike Curtin and President James Ramsey said in reports to the Finance Committee that the increases in tuition would generate $10.5 million additional revenue to offset the $9.7 million in state funding cuts the university received this year. Both also noted that the university would absorb 100 additional students next year which they estimate would generate $1.3 million.

Curtin said that the 6 percent reflects the maximum allowable increase in tuition as set by the Council on Postsecondary Education for undergraduate students, and the Board’s recommendation will be submitted to the CPE for final approval in June. Once approved, the university’s operating budget will be implemented on July 1 of this year.

About the Author: Staff