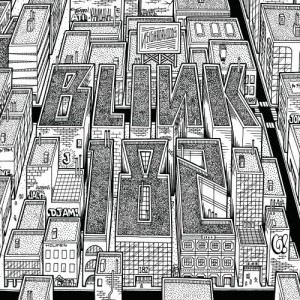 After a four-year hiatus and two years of touring and recording, the southern California punk rockers of Blink 182 have hit music stores all across the world with their new studio album “Neighborhoods,” released on Sept. 27, 2011. Many Blink fans were anxious to hear the new album, in the hope that perhaps their sound hasn’t completely changed. However, if you are one of those fans that are expecting an album that sounds like the old Blink that we grew up listening to 10 years ago, then do yourself a big favor and do not waste your money buying this album. More than likely, you will be disappointed. If you’re looking for those fast-paced riffs and obscene lyrics that turned Blink into a worldwide punk rock phenomenon, you won’t find it here.

This isn’t to say I hate the album. As a matter of fact, I really enjoy listening to it. But many old school Blink fans will be disappointed with it due to the fact that it sounds very different than their earlier works that made them famous. “Neighborhoods” takes on a more dark, space rock sound that can be heard on Tom DeLonge’s side project, Angels & Airwaves. As a matter of fact, the only thing keeping some of these songs from sounding almost exactly like Angels & Airwaves is Travis Barker’s fast paced drumming with a lot of cymbal use and Mark Hoppus’s vocals.

After eight long years without hearing any new material I was pretty hungry for some of that fast-paced, poppy energetic punk rock that you could hear on albums like “Enema of the State,” “Take Off Your Pants and Jacket” or their self-titled album. It seemed as if most songs on “Neighborhoods” were 75 percent Angels & Airwaves influenced and 25 percent Blink 182 influenced.

“Ghosts on the Dance Floor” showcases what I mean when I say that Blink has gotten darker. Like most tracks on the album, it takes a pretty heavy space rock influence.

The band released the title song of “Up All Night” a couple of years ago when they reunited. It’s the lead single off the album and a pretty slow paced song, with lead vocals being shared by Hoppus and DeLonge. It was not the best choice for the lead single. It seems like the song is incomplete and kind of ends with no warning.

One of my personal favorites, “After Midnight,” is the second single off the album. It sounds more like a song you would hear off of their self-titled. You hear less of an Airwaves influence on this track, while at the same time noticing the style change.

“Heart’s All Gone” is a song for you old school Blink fanatics. It’s a fast paced song that sounds a lot like something you would hear off of their sophomore album “Dude Ranch.” Mark Hoppus takes over the lead vocals, which adds to its similarity to old Blink.

“MH 4. 18. 2011” is by far the best song on the album. If most songs on the new album sounded like this, I would be much more pleased with it. The tempo of this track mimics that of “The Rock Show” on “Take Off Your Pants and Jacket.” This is definitely a song for old school Blink fans.

Most bands go through style changes, and Blink 182 is no exception. “Neighborhoods” is probably the biggest style change that Blink has gone through in their 19 years as a band. I’m going to give this album a 6 on a scale of 1 to 10. Overall, it was not bad. But not something that old school Blink fans like myself would find to be a masterpiece.