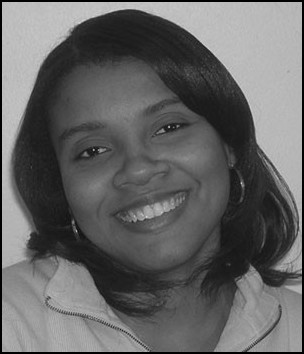 Book me on a flight to outer space; maybe I can find someintelligent life there. Oh, sure the temperature would be cold…or hot… or whatever – heck, I’m not an astronomer. But”up there” can’t be nearly as vacuous as the airflowing through the heads of the wunderkinds at Google.

The company has caught heat as of late for offering Gmail, afree e-mail service that, according to Laura Rohde atInfoWorld.com, would allow Google “to scan e-mail and addadvertisements that it thinks are relevant to the messages.”And I thought those blasted Quizno’s Sub commercials wouldstand as the last homage to all that’s freakishly creepy.

And apparently “creepy” is the right word; severalreporters used it in their Gmail write-ups – write ups that readmore like knee-jerk reactions than objective, journalisticcriticism. Who could blame them in this instance? Sometimes,simplicity is bliss. For instance, would you – oh, I don’tknow – frequent a wireless company that sold cell phones labeled:”TAPPED WEEKDAYS 9PM to 7AM – WEEKENDS FREE!”? Notlikely. As such, someone should tell the honchos at Google thatprivacy is not passe.

What one finds most alarming about the Gmail stir is that thecompany has been slow to react. As of press time, Google was takinga “we’ll see” attitude in the face of thedeafening furor. Ah, the stench of backwards business sense. If thepresence of spam is enough to make people want to pitch theircomputers out of their windows, it is then asinine for the companynot to know that the public might also deem a bunch of profitgrabbing, cyber-eavesdroppers equally as nauseating. Now, it iscertainly true that Gmail would offer its users more storagecapacity than its competitors. This is highly attractive. ButGoogle seems to have messed up a good thing by going one step toofar – namely, by focusing more on how it can clandestinely shoveadvertisements down its users throats rather than working onstrengthening privacy guarantees.

All rants notwithstanding, others believe that the worries overGmail are misguided. In his piece, “The Fuss About Gmail andPrivacy: Nine Reasons Why It’s Bogus,” TimO’Reilly argues that critics are being too hard on Google, acompany that he notes “has a history of providing tasteful,unobtrusive, useful advertising [while] all the other onlineservices… plaster their sites with bigger and more obnoxiousbanner ads, skyscrapers, popups, pop-unders, and screaminganimations.” But one cannot ignore that by introducing itstroublesome e-mail plan, Google has become just like every othercompetitor – unique-less. It is a bit surprising that the companywould risk its pleasant, no-frills reputation by becoming sounabashedly corporate.

So, again, where is the intelligence? Outer space is calling me.Somebody have my ticket?