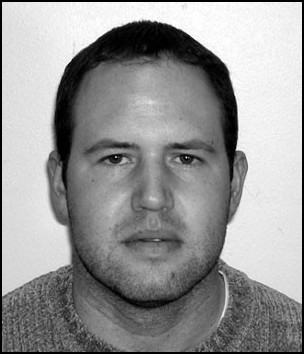 There’s been a buzz about reinstating the draft lately.When I first heard about it, the hair on my knuckles stood up infull salute. I was excited. No, actually I was ecstatic.There’s nothing I would love more than to see egotisticalyuppies and narcissistic Generation Xers in uniform doing somethingselfless.

I’m not a big fan of our generation, because when I lookaround I remember how I used to be. I was like many Americancollege students: selfish, cynical, whiny and unappreciative. Ithought that the government owed me everything, yet I had donenothing to be deserving of the freedom and privileges I took forgranted. But then Uncle Sam crippled my willpower, humbled my ego,and yes, he probably brainwashed me a little as well.

I understand the sense of dedication, responsibility andselflessness military service fosters. But, as much as I would liketo think that required service would benefit today’sgeneration the same way it has me, it’s naive to think thatthe draft would do more good than harm.

Serving in the military requires forfeiting certain rights andprivileges; something many Americans are not willing to do. Freedomof choice and speech do not apply to service members. Our opinionsare second to our orders, and our choices are how best to executethose orders. When we swear our oath of enlistment, we understandthe personal wants that must be forsaken. Even making a willingcommitment is difficult to cope with. For the conscripted, such acommitment would be unbearable.

If the armed forces floods the ranks with drafted citizens, themorale and cohesion of the military will suffer. Those not willing(or able) to accept a subordinate role and strictly obey orderswithout questioning reason will disrupt the unity and focus neededfor the military to accomplish its mission.

Someone more concerned about their own personal safety thanprotecting their brothers-in-arms will put the lives of everysoldier around them in jeopardy. I, for one, would not feel safeplacing my life in the hands of a disgruntled draftee.

Also, serving during a time of war is difficult enough withoutpeaceniks and whiners condemning everything that goes on.Questioning orders and condemning actions is not a servicemember’s right. Negative comments and habitual complainingwould hamstring the morale of the entire group. One negativeattitude would infect others, and before long, anarchy andvengeance would swell. If service members do not believe in theirmission and feel confident in the decisions of their superiors,their performance will falter. When performance falters, soldiersare killed.

If there were ever a time when fighting spread onto Americansoil and our freedom were threatened, I would be appalled if everyable bodied citizen didn’t take arms and fulfill theirobligation to the United States. But as long as our battles arewaged on foreign soil and we are the aggressors, leave the fightingto those of us who choose to serve. Hopefully, our governmentwon’t substitute quality for quantity.

Charles Westmoreland is a junior majoring in English and acolumnist for The Louisville Cardinal. Email him at: [email protected].

BRIEF: University to remain closed tomorrow due to weather